With the development of LED display technology, studio LED display is more and more used in large-scale activities in TV studios and TV broadcasting. As the background wall of the activity, it provides a variety of vivid background pictures and more interactive functions. The background pictures also move quietly, integrating the performance and the background, fully integrating the scene and the program atmosphere, and realizing the functions and effects that are difficult to be achieved by other stage art equipment. However, to give full play to the advantages of LED display, the following points should be paid attention to when selecting and using it. 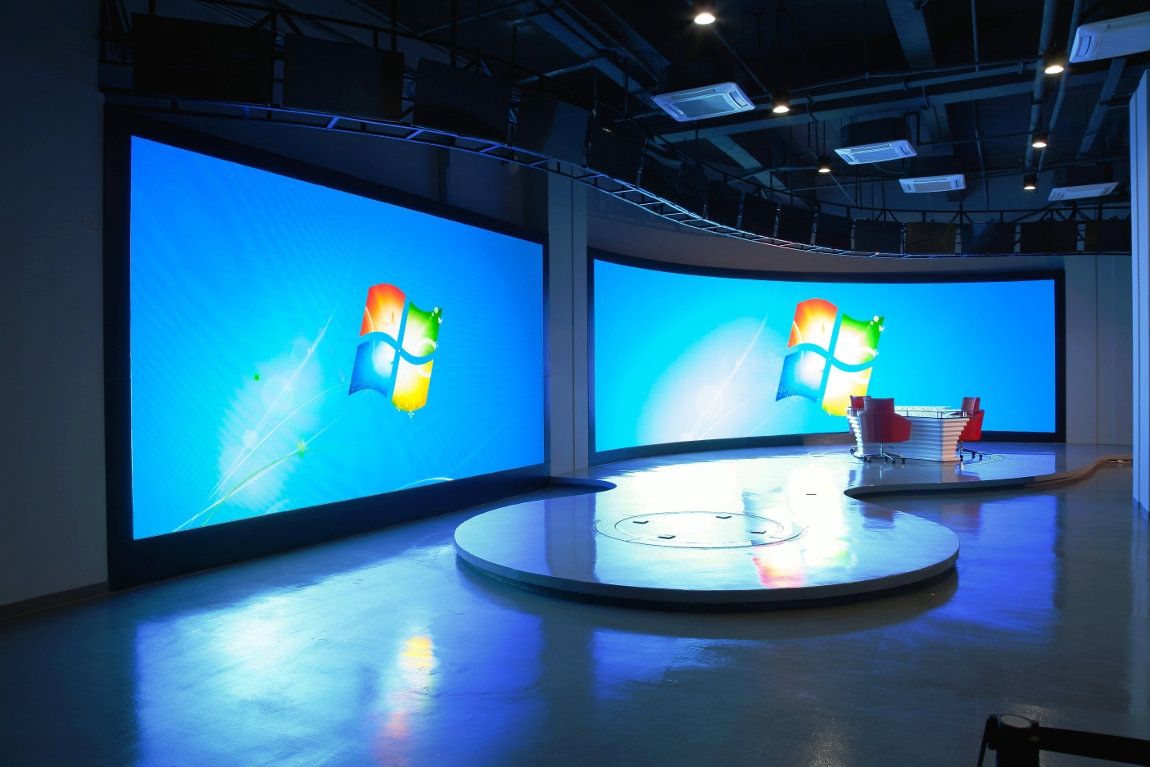 Second, the point spacing should be as small as possible. Point spacing refers to the distance between the center points of adjacent pixels on the LED display screen. The smaller the point spacing, the more pixels per unit area, the higher the resolution, the closer the shooting distance, but the higher the price. At present, the dot spacing of LED display used in domestic TV studios is 1.5 ~ 2.5. The relationship between signal source resolution and point spacing must be carefully studied to make the resolution consistent so as to achieve point-to-point display and achieve the best display effect.
Third, color temperature adjustment: when the studio uses the LED screen as the background, the studio must cooperate with the lighting color temperature of the studio to accurately reproduce the color. The lighting of the studio can be adjusted to 3200K low color lighting equipment and sometimes to 5600k high color lighting equipment according to the needs of the program. The LED display screen can achieve the appropriate color temperature and achieve the satisfactory shooting effect.

The LED display has no seams, making the picture more perfect. Power consumption reduction, heat reduction, energy conservation and environmental protection have good consistency, which can ensure that photos are displayed without difference. The size of the box is small, and the background picture is easy to form a soft shape. The color gamut range is higher than other display products. It can make more effective use of the weak reflection function, with high application stability and low maintenance cost in the later stage.